Oracle copied Pace-Trace and included it in the latest release of PeopleTools (8.55). The tool is called “AE Log Analyzer” in their documentation, although the title bar of the program is “AET Analyzer”.

Here is a look at their software: 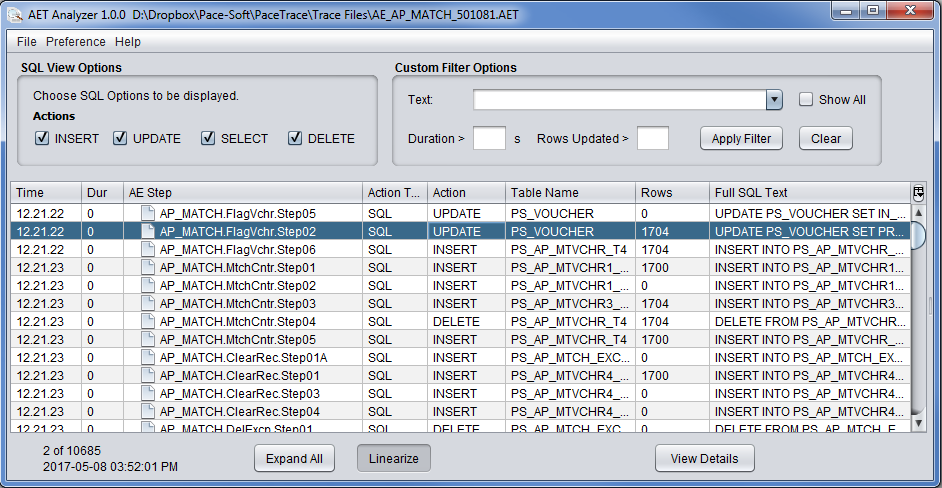 Now compare the above to Pace-Trace: 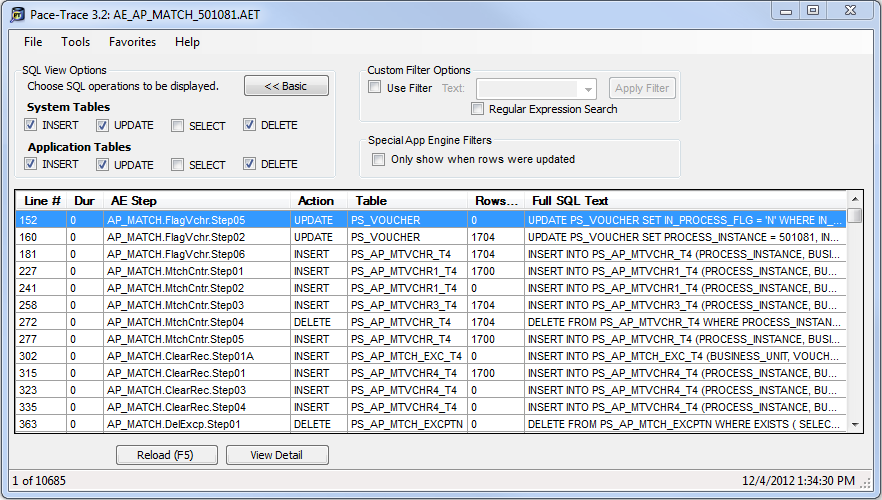 They say imitation is the sincerest form of flattery, and (now that enough time has passed) I must say I do feel flattered. They built the tool using Java, so the interface feels a bit odd, but overall they put little effort into hiding the act of creating software that functions the same as my own. Considering the company is valued at over $180 billion, it is indeed high praise to have my work copied directly.

At the same time, I do admit to feeling at least a bit slighted. Should they have reached out for permission, offered any compensation, or at least said “Thank You!” for the idea? Did they do anything illegal here? After reaching out to a few lawyers, they indicated any attempt to fight them on this would be futile. As just mentioned, they are incredibly large and have a powerful legal team just waiting to strike down a small company’s challenge, regardless of merit.

But, I will say they did add a few extra features when they copied my work, and you might enjoy them. And to be fair, the display is actually different from the above by default. When you first open the AET file used above, it looks like this in their tool:

Note how the steps are collapsed in a tree format on the left. You can then expand that tree to see the steps/actions called within that step. This is actually quite handy, as it does a great job compartmentalizing the program flow: 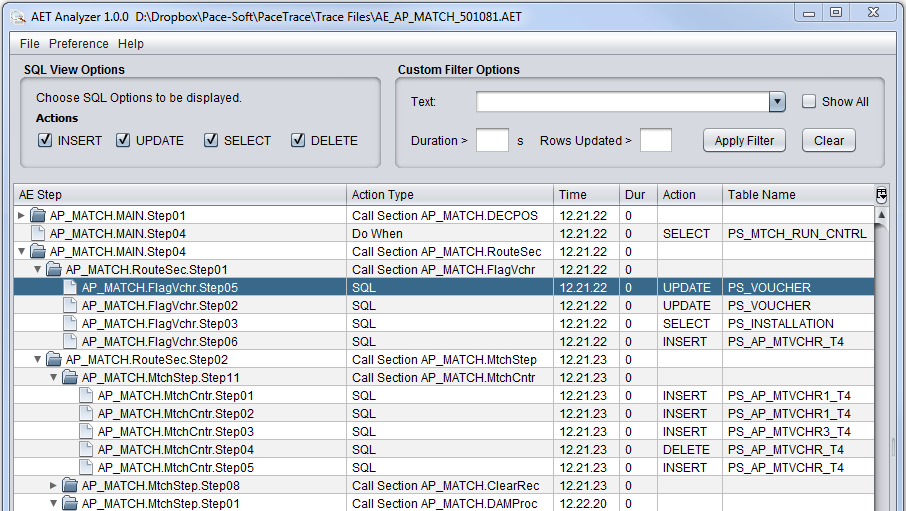 I also like how they include the “Do When” and “Call Section” actions, and especially the response from the database, which is included in the trace file. Here is the expanded view you get when double-clicking on the second line in the grid above (Action Type of “Do When”): 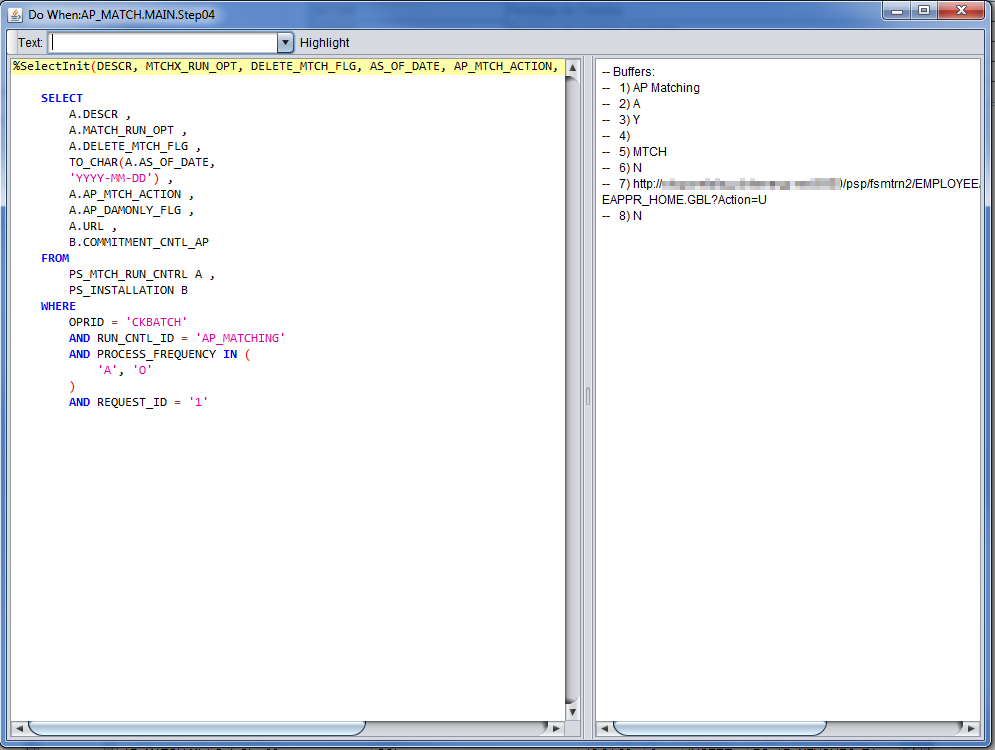 There is one more trick that is pretty handy – if you trace PeopleCode for your AE program, you can then load that file after your AET file and Log Analyzer will match up the two so you can view the PeopleCode that ran for a particular step. I do like that one for sure.

Still, it does not assist in reviewing SQL trace files created from online and batch files, including not just the AET files (which AE Log Analyzer views) but also the “tracesql” files which are built from online and batch tracing. There are also quite a number of additional features (exporting, creating reports, and many others), that this does not do. You can read more on the features of Pace-Trace here.

Do I feel slighted by Oracle in this brazen copy of my work? Of course I do. But I also appreciate the compliment – they obviously agree there is value in the tool I built, or they would not have felt reason to copy it. And as I mentioned above, they did add a few additional features to the original idea. I have been interested in adding display of online PeopleCode tracing to the tool for years, and perhaps this will give me that gentle push. And perhaps Oracle will simply copy me again. Stay classy, Oracle. 🙂